How's everything? We hope everything goes well and get ready for a well deserved Christmas holidays. But before these, we invite you to our next event, next friday 5th of December at La Fontana at 7pm.

As opposed to Just-In-Time (JIT) compilation, found in most modern JVMs, Microsoft .NET framework, browser JavaScript engines, and numerous dynamic language implementations, Ahead-Of-Time (AOT) compilation is normally associated with "old school", static languages such as FORTRAN or C/C++. Fact is, an AOT compiler (Ngen) has been part of .NET for many years, whereas the JDK still does not include such a tool, even though Java is older than .NET. This has resulted in a number of cultural misconceptions and myths about AOT compilation circulating in the Java community, which only reinforced the reluctance to add such a tool to the JDK. In this talk, Dimitry Leskov will dispel those myths, discuss the particular advantages and drawbacks of using AOT vs JIT compilation in various scenarios, and present the available commercial and open source solutions. 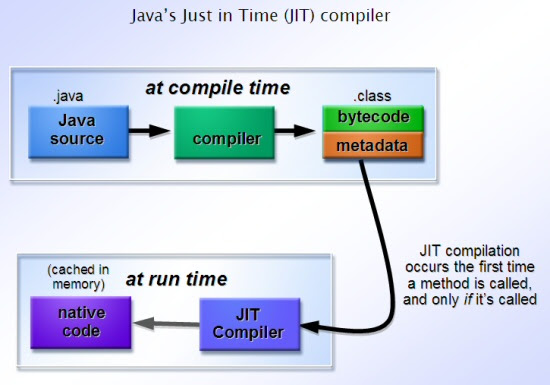 Dmitry is a software engineer turned marketer. Having started his career as a compilers and tools developer in late 1980s, he then moved to technical support and sales engineering. Since 1999, Dmitry has been the Director of Marketing for Excelsior, an independent JVM vendor and consultancy based in an academic town in Western Siberia. He still writes short programs every now and then, and follows the latest trends in programming language design, implementation and use.

We can not end without thanking Excelsior to sponsor the event, they have promised some pizzas and drinks and also... a couple of few interesting raffles! ;-)

Reserve your seat now and see you in la Fontana next friday for this interesting talk!

Here you have the video and the slides :